Get A Free Estimate >>

Did you know that honey bees pollinate 80% of our crops. Or 20 billion dollars worth. Albert Einstein said once “if bees disappear from the earth man would have no more than four years to live.”

We were swarmed by honey bees the last day on this job in Windermere where we had low pressure washed and did tile roof painting for the customer. The house was in a subdivision on a golf course and I had my back to the street and as I turned I nearly walked into a massive cloud of bees flying in a circular motion right in front of me around a flower bed.

I stood frozen and motionless for a few minutes trying to figure out what exactly was happening. Within about 10 minutes, I was able to walk over near a bush to see they had settled in a larger than a football size mass hanging from a shrub.

I was told later by Larry, the Beekeeper, that a typical honey bee colony swarm is about 40,000 workers and 1 queen. When they swarm and split up an existing colony, the queen leaves and half the worker bees follow her and take half the Honey with them. It’s interesting to note that they are not overly aggressive or dangerous at this time because they are gorged with honey and not really wanting to attack or sting anything. I didn’t know this at the time and since I was less than 30 feet from them and between them and the front door i felt I was in danger of being trapped.

The queen had simply landed on that bush and the worker bees surround her to protect her and wait while the “soldier bees” fly about searching to find a suitable place to start the new colony. They just hang out until the soldiers come back and do this special flight pattern dance that tells them its time to go. Then, they swarm again.

Call me crazy but I must have been there at that specific spot at the right time and the queen somehow knew that I knew who to call.

Before we even knew they were in fact honey bees, they had called a pest control company to eradicate them for everyone’s safety. They had planned a work day to do a total makeover of that same flower bed in just two days and the thought of her husband getting unknowingly attacked by that many bees at once freaked her out.

Meanwhile, I made a call myself, and we soon realized what we had here. I then made a 911 call to Larry, the local beekeeper, and he came to the rescue. Like a first tesponse EMT life saver, he dropped everything he was doing and was there within a few minutes.

Once he charmed the queen into the box, the workers automatically follow her in the box.

By this time, we had already called off the pest control company and Larry was happy to keep these bees alive to allow them to once again work their magic. Honey bees pollinate our crops and orange groves and allow nature to take its course that we all benefit.

I had to ask because the customer wanted to know if their was a cost involved. Larry just smiled and politely said, “Tell her no. There is no cost. This is more about saving the planet and not everything is about money. Honey bees are one of natures truly gentle and one of the most genuine creatures on the planet. Here are two jars of local honey. Give her one for me.” 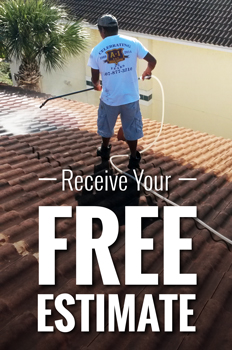 “Glenn and his staff are verk knowledgeable, trustworth and friendly. Work has always been completed in a timely, professional and efficient manner.”
Read more testimonials here →